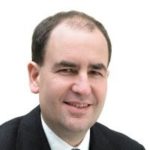 We all might be forgiven for thinking that our political masters have been courting popularity at the expense of practicality and safety recently, especially when it comes to COVID.  First they grant people a Christmas meet up, then they shorten it and finally they suggest perhaps a Christmas bubble is not a good idea after all but that it is up to people to act responsibly and use their common sense.  This lack of leadership and accountability rather reminded me of two principles I read about when studying for my MBA:

I always say to Non-Executive Directors and aspiring NEDs (especially the aspiring ones!) that there are really two attributes you need to be an effective Board Director: courage and integrity.  Of all the Board effectiveness reviews I have carried out ranging from FTSE 100 companies to not for profits I don’t think I have ever come across a Director who didn’t have integrity (of course, I might just have been lucky!)  Most want to do the best for their organisation and are keen to live its values.  However courage is a much rarer quality.

One of the most frequent observations in Board reviews is the NEDs lack of challenge and their unwillingness to hold the Executive to account.   In fact, its worse than that: some are quite happy to point out that the grammar is lacking in a paper but less comfortable at challenging why the CEO is proposing rapid expansion when he or she is unable to run properly the organisation they already (try to) lead.  This  unwillingness to have difficult conversations and debates is slightly surprising – after all the Financial Reporting Council was writing ten years ago that being on an effective Board was not necessarily comfortable.

I think part of the problem is that many NEDs still don’t want to be seen to upset other people around the Boardroom table and, on the odd occasion when we do, the tension builds up and makes both sides defensive which leads to a divisive Board.  Indeed the very fact I have written the word “sides” may suggest that division.  However, the most effective NEDs know how to be assertive and challenging but to do it in constructive way.  They are smart in their approach to Board meetings: firstly, if they are going to challenge on a material issue they will often call up the responsible Executive beforehand both to forewarn them and also to allow them time to prepare any clarification.  This should allow for a higher quality debate at the meeting itself rather than management having to clarify points.

Truly effective NEDs like this don’t see their role as catching the Executive Team out: rather their goal is to support and challenge ensuring that matters are fully debated, different scenarios explored and an effective decision making process followed.  Sure, they will stand their ground at a Board Meeting if they think the wool is being pulled over their eyes – and so they should.  However, they see themselves as part of a high performing team leading the organisation.  In doing so, however, they fully sign up to the fact that there will be times when they will have to make difficult calls, make unpopular statements and comments and sometimes stand out a minority of one.  However, they know that the end game is not personal popularity but being a member of an effective Board leading a successful organisation.  That means accepting there will be comfortable times in the Boardroom as well as less comfortable ones.

So if your aim is to join a Board a NED or just enhance your effectiveness as an existing one, remember the need to court courage over and above popularity if you want to be truly effective.  Otherwise, your hedging strategy may lead you into a lot of trouble…. 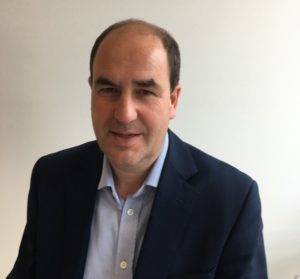